Play Your Part Ambassadors Show Up for SA Amid Unrest 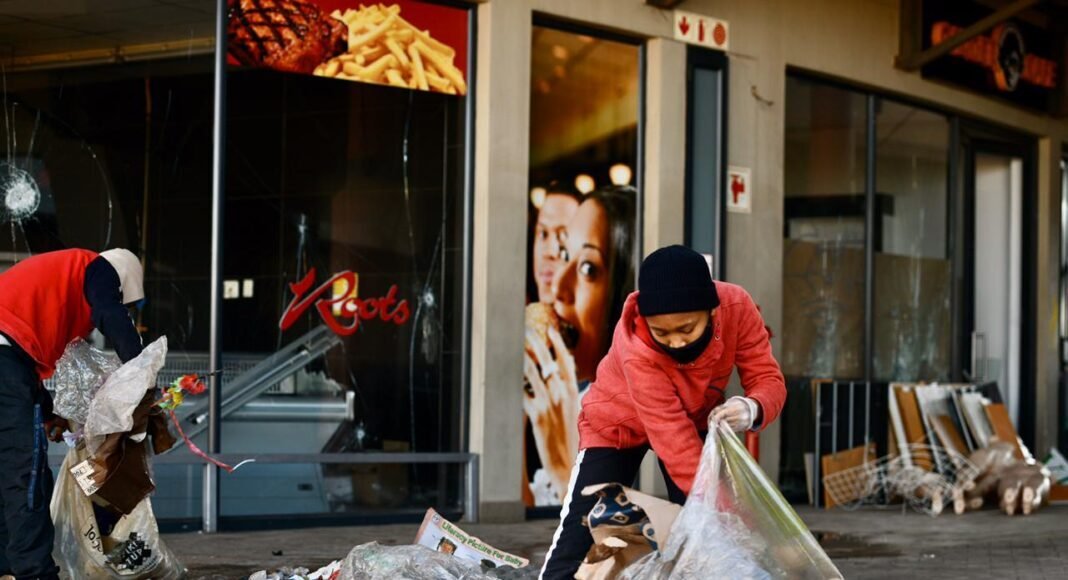 For a very brief moment, South Africans were left disheartened and the future we’ve so bravely fought for, looked excruciatingly bleak. But in true Ubuntu spirit, hope was not deferred for long. Many courageous and committed citizens rose to defend the honour of our country by boldly saying no to destruction.

Following President Cyril Ramaphosa’s announcement last week where he outlined government’s interventions to stabilise the state of the nation, Play Your Part ambassadors around the country instantaneously put their hands to the plough and launched initiatives in aid of rebuilding, repairing and cleaning up South Africa. Indeed, active citizenship in all its glory was on display for the world to see.In KwaZulu-Natal, the Xubera Institute or Research & Development facilitated the meeting of a group of individuals to seek solutions and begin the task of slowly rebuilding. The Institute – which is a key player in educational research in the province – lead cleanup operations and provided to relief to many families in the form of food and sanitisation hampers.“The only asset we have is paradoxically what we are destroying, the future of the next generation”, says Xolani Dube, the Institute’s political analyst. “We need to be responsible, selfless and courageous as we venture forward as a collective. We need a program of action. We need to negotiate and above all, we need unity.”

Play Your Part ambassadors in other parts of the country followed suit. JCI Sandton ran with the Clean Up the City initiative in Alexandra and Johannesburg area, while Dr Bandile Radebe and the Rise Up Against GBV NPO launched an emergency relief drive for both Gauteng and Kwazulu-Natal. Dr. Shamila Ramjawan, Founder of the PrincessD Menstrual Cup also partnered with stakeholders to raise donations for a relief fund.

The high cost of the violent demonstrations on businesses meant that township economy had to be earnestly prioritised. Play Your Part ambassador and founder of the Township Entrepreneurs Alliance, Bulelani Balabala launched a platform called Rebuild Township Business, in a bid to help small business owners in the community who were gravely affected by the unrest. Township Entrepreneurs Alliance has been in existence for 6 years, directly impacting the livelihoods of over 40 000 entrepreneurs.The fight is not over. Brand South Africa makes a clarion call to all citizens to get on board, get their hands dirty and lift the spirit of our nation by contributing to positive change. It’s up to us to #ProtectSouthAfrica.About Brand South AfricaBrand South Africa is the official marketing agency of South Africa, with a mandate to build the country’s brand reputation, in order to improve its global competitiveness. Its aim is also to build pride and patriotism among South Africans, in order to contribute to social cohesion and nation brand ambassadorship.About Play Your Part

Play Your Part is a nationwide programme created to inspire, empower and celebrate active citizenship in South Africa.  It aims to lift the spirit of our nation by inspiring all South Africans to contribute to positive change, become involved and start doing. A nation of people who care deeply for one another and the environment in which they live is good for everyone.

Play Your Part is aimed at all South Africans – from corporates and individuals, NGOs and government, churches and schools, from the young to the not-so-young.  It aims to encourage South Africans to use some of their time, money, skills or goods to contribute to a better future for all.

Even in chaos South Africans still show their identity : A true sense of Ubuntu
Brand SA calls on citizens to play their part in restoring peace and unity in South Africa